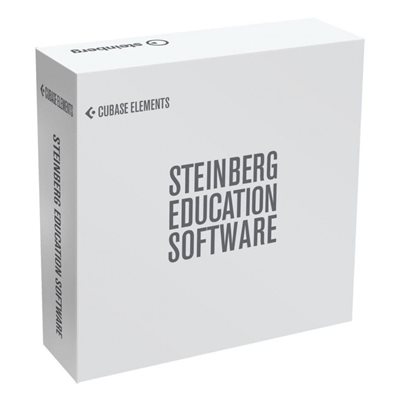 Cubase has long been a keystone in the music production world. It is revered for its innovative sequencing, editing and mixing abilities. Previous versions have gained Steinberg a wide range of awards and accolades, further cementing its reputation as one of the most versatile and powerful DAWs on the market.

Cubase 10.5 provides a variety of new enhancements, effects and virtual instruments; expanding its ever-growing arsenal of audio tools. A range of new tools are included with the Elements version including: LatencyMonitor, Groove Agent SE 5 and Distroyer; as well as providing support for high-reoslution displays.

The highly intuitive interface allows you to compose, record, edit and mix songs with ease. You can record instruments, vocals, ensembles or soloists and produce the perfect take every time.

One of the most prominent new features is the redesigned Channel Strip. The channel strip is the most important element when it comes to mixing and editing audio. The new and improved design is more ergonomic, providing a quicker workflow. It also extends the Channel Strip’s functionality, providing new metering elements and direct visual feedback of each module.

For instance, you can view the VU meter for certain plugins, as well as the frequency range of an EQ module. This can greatly aid in mixing, allowing you to see your changes and module settings at a glance. It also includes controls from the module on the channel strip, allowing you to make quick and easy changes without having to pull up the full plugin/module.

A handy tool for latency compensation. Latency Monitor allows you to monitor and fix latency issues with ease. Between monitoring and recording, latency can be a make or break issue, specially for home users. The Latency Monitor section gives you full control over your latencies, even providing the means to adjust individual latencies of each plugin for optimal flexibility.

The genre-spanning sounds and loops have been meticulously crafted, providing a diverse range of sounds. The content spans Drum and Bass, Hip-Hop, Techno, Soul, Ambient and even sounds for audio/visual work.